Why EDDYEVVY Rules by Mary King 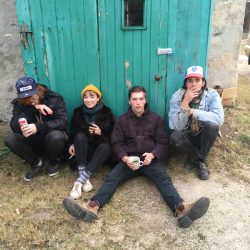 “Reverence” is a word that comes to mind while listening to EDDYEVVY, a four-piece shoegaze group from Waterloo. From the vintage 70s soundboard that bassist Jae Holdsworth uses as an amp head, to the way the band paces their pieces, it is obvious that this band has reverence: for the affective quality of old sounds. For the value of things old and rare.

To the uninitiated in the genre of shoegaze, the idea can be intimidating: layers upon layers of effects, with sometimes indeterminate, but always melodic voice-sounds coming through – and loud. One critic of My Bloody Valentine’s iconic early 90s album, Loveless, commented that “they had never heard anything like it,” that it sounded like “a mermaid falling into a black hole” – an apt description. A funny thing happens when a new genre hits the scene, particularly in alternative music. It gets picked up, or it explodes (like grunge) and then moved on from, as if the creation is time-locked. And re-imaginings of it become just that: a mere re-imagining, a throwback – instead of being able to be a legitimate contribution to that genre. This has at least something to do, I think, with the quality of the work and the musicians, and their ability to experiment or be novel within the confines of the genre.

EDDYEVVY manages to do exactly this. And they do it well.

Michaela Loreto’s voice is pure, and mournful. It’s the center component around which the band is built; though one shouldn’t take that to mean that she can always clearly be heard. Shoegaze deliberately plays with sound; to pick out one element is to miss the effect of the whole. The components work together. Michaela’s guitar playing sounds like what swaying in place feels like. Drummer Eric Repke and bassist Jae Holdsworth rhythmically hold the band stable, proving a forward momentum. Mitchell Hartung provides complimentary guitar that toes the subtle line of adding, supporting, and taking over the melody – creating that characteristic “wall of sound” that bands like My Bloody Valentine, Slowdive, or the Drop Nineteens, used to command. And EDDYEVVY definitely commands. The effect is dreamy, nostalgic, sad – and completely arresting.

For a band to be both loud and arresting, while being intimate and moody, that band needs to know what particular elements are going to achieve their desired effect. EDDYEVVY has this in sight: it’s a wall of sound, but every hook, every drum fill, every pedal effect, is well placed, well timed, and intentionally thought out. And while certainly EDDYEVVY’s melodies and hooks are “catchy,” a more appropriate word would be that they’re hypnotic.

Shoegaze, like grunge, like punk, like jazz, is a genre that defined again what can be sonically appealing – the atonal, the indeterminate, the unsettling, the collaborative.

EDDYEVVY is an ode, yes, and a heartfelt homage – but more importantly, they’re new, different, and probably one of the best shoegaze bands to be coming out of Canada today. Really, I mean that. Go listen to them.

Mary King is an aspiring writer, musician and is currently completing her Master’s degree in Philosophy. She also plays and teaches piano and is the front woman/guitarist for Guelph-based band, Ten Boy Summer. Ten Boy Summer will be performing at Kazoo! Fest 2018 on Friday, April 13th at The ANAF House (32 Gordon St.) 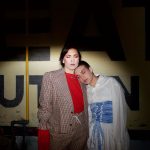 Why Bonnie Trash Rules by Devere AgardWhy This Rules 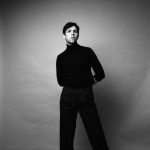 Why LUKA Rules by Beverly Glenn-CopelandWhy This Rules