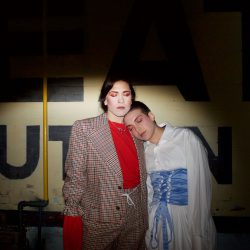 Long before Bonnie Trash, I first met Emma and Sara Bortolon Vettor in their first musical inception, Red Rosary. A smokin’ four piece outfit also featuring Dana Bellamy and Emma Tarbush. Red Rosary were performing one summer afternoon in downtown Guelph and I was drawn to their sound and I became friends with them ever since.

Bonnie Trash excite me because they remind me of my youth when I didn’t care if my musical tastes were de rigueur or not. Their sound is dark, edgy, unsettling and comfortable at the same time. Like a dark, cinematic horror movie containing forbidden themes. Bonnie Trash rules because Ezzelini’s Dead takes their influences and vision through osmosis and makes it uniquely them. Bonnie Trash also rule because they are not only cool musicians they are great people. With Girls Rock Camp, they give back to the community and empower young budding talent.

Now with Chris Worden on bass in the fold I’m awaiting the next musical phase of the band. So do your self a favour check out Bonnie Trash at Kazoo! Fest or wherever. Why? Because they are a happening band with a sweet, dark unfettered sound.

Devere Agard aka the funkybluesdoctor has made Canada is home since moving here as a six year old from London, England. He is the host and DJ of Planet Groove airing every Friday 10 am on CFRU 93.3 FM. Also a big fan of Jeff Beck. 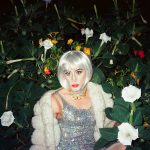 Why Cindy Lee Rules by JGWhy This Rules 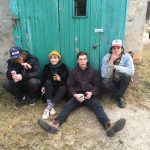