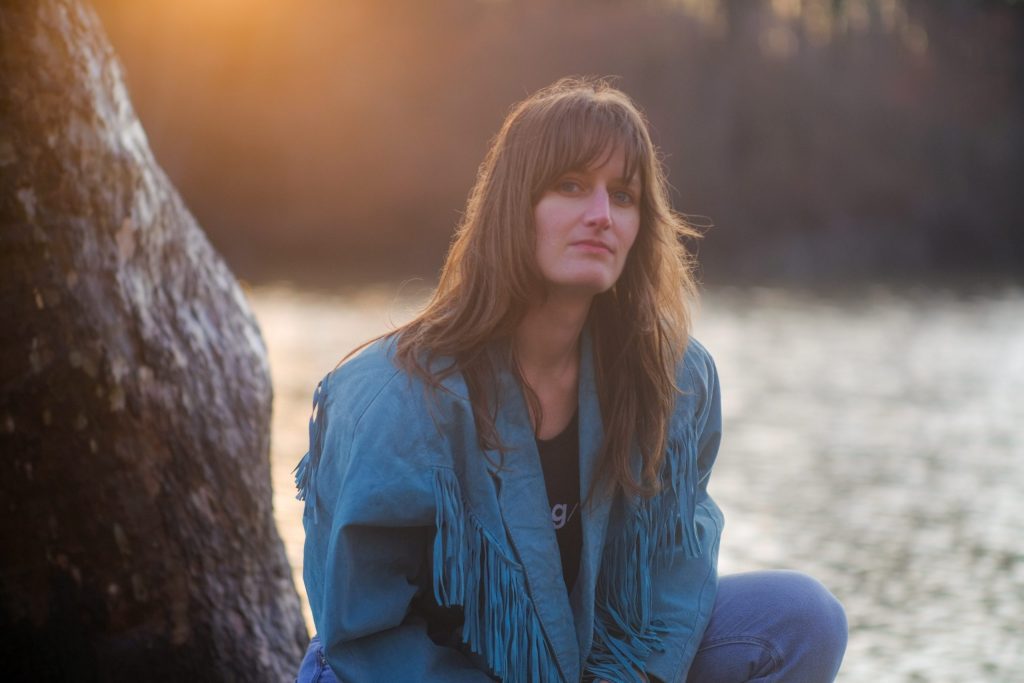 Claire Maeve started off in DIY, genre-defying bands in Guelph as an in-demand side player, secretly developing the songcraft of a wise master and evolving into a band leader in Toronto. Her songs are unique, with unexpected turns that remain beautifully soothing. They hold parts of your feelings that you didn’t know were there, or how nice it would feel for those feelings to be acknowledged and held. Never sleepy, her music is weaving into dreamland, giving you new perspectives to see the world from. A strong rich alto voice that casts off into soft femininity, asks questions that you begin to wonder also… and everything is wrapped in layers of the intricate guitar and violin parts of a seasoned accompanist. It may be best taken in sitting with eyes closed to fully absorb the therapeutic vibrations.

I met Claire when she moved in with me during our time at The University in Guelph over a decade ago. She became one of my best friends, always a joy to jam with. When she started revealing her own songs, everyone around her was shocked at how incredible the songs were, like she skipped the beginner/intermediate levels and was suddenly pumping out song after song that could be mistaken for the work of Amy Mann, Neko Case, Lucinda Williams or Laura Veirs. Songs that sound like brilliant classics. I’ve seen her impress family and friends at a casual singalong/jam – people scratching their heads in disbelief that this unassuming young woman just shared a complete masterpiece that she created herself. There were no bells and whistles, sequins or lights announcing Claire Maeve’s shift from side player to front person. She will sneak up on you to reveal herself as one of the greats.

Kelly McMichael is a vocalist, songwriter, multi-instrumentalist and producer based in St. John’s, Newfoundland. She has performed in a handful of projects including Sarah Harmer‘s band, Gentlemen Reg and the Burning Hell. Her 2021 solo album, Waves, won Rock Recording of the Year at the ECMA’s and has been long listed for the Polaris Prize.

Listen to Claire Maeve on Bandcamp.