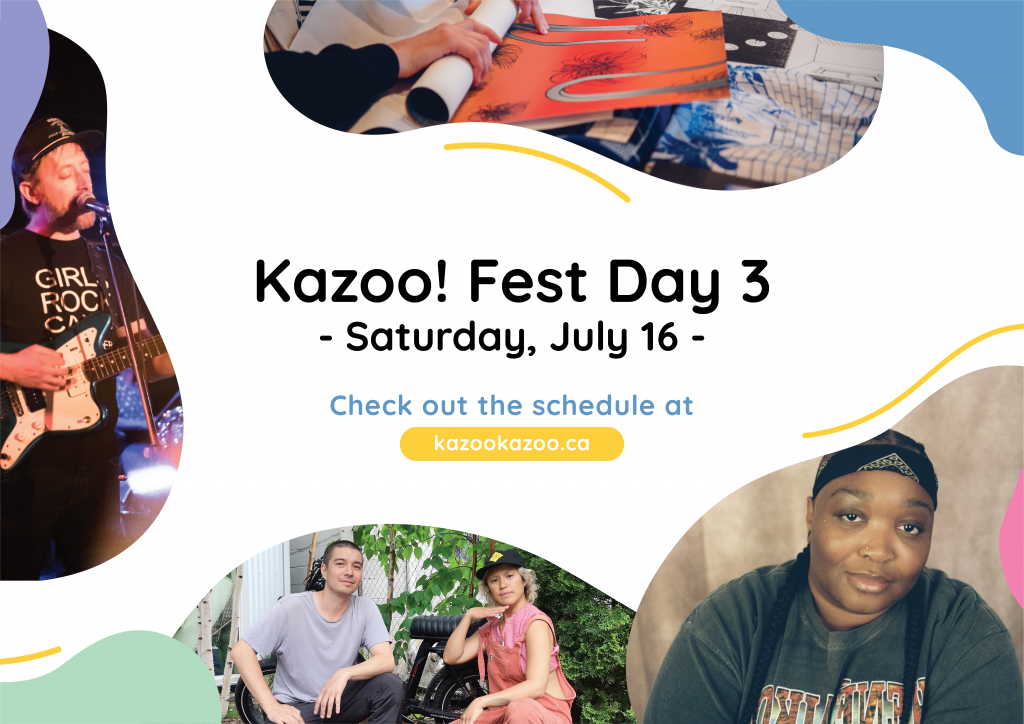 Welcome to the final Kazoo! Fest Saturday. We hope you’ve saved some energy from last night!

Over in the backyard at 458 Woolwich St., Guelph’s Ian James Bain will be pulling double duty. Backed up with a killer band, Ian will be sending his sweet country tunes in the summer breeze – and he’ll also be rolling hot dogs as Slim’s Dogs at the Kazoo! Backyard BBQ.

After that, have a power nap, maybe grab a coffee from Red Brick or possibly some eats from Crafty Ramen – and then we’re right back to it.

Joseph Shabason is opening the night at Royal City Mission, setting the mood for the final Kazoo! Fest Saturday with one of Canada’s best ambient jazz players. Yes, we realize Joseph will be a hard act to follow but, if anyone can do it, it’s the always powerful Joyful Joyful. We get chills thinking about Dave’s ambient beats and Cormac’s unmatchable voice resonating through the church. Guelph’s most respected beatmaker, Elaquent, will bring the flow after that. Wrapping up the night is DijahSB. Co-presented by our buds over at RiverFest Elora, DijahSB is one of the most exciting MCs that we’ve seen out of Canada in a long time and we can’t wait to party with them – and you.

Meanwhile, Saturday night at Onyx is set to be legendary. Guelph’s Megan Arnold will get the party started followed by SLEDD taking the stage with his stadium-sized show that will confound and mesmerize in equal parts. From there, the party continues with Moonbean and their unique flavour of psychedelia, electro-punk, acid-house and techno. This all sets the stage for Toronto’s bass-heavy electronic heroes, Phèdre. A few people have told us that the hardest they have ever danced at a Kazoo! Show has been when Dan Lee and April Aliermo are on stage doing their thing – and we can’t imagine anything less for tonight. DJ Jungecat is unfortunately no longer able to join the bill, but in their place Phèdre will play an extended set to close out the night.

What? You don’t want to dance? Then head over to Jimmy Jazz for a pristine rock show. Guelph’s Swoon and their shoegazey blend of rock will be followed by Habit, who are being co-presented by our friends over at Gain. Closing out the night, we have one of the best festival bands we can think of – Vancouver’s Apollo Ghosts. Wrapping Saturday with their consensual crowd surfing flavoured rock, the Ghosts are always – ALWAYS – the most fun band. Come, have fun.

OK, you have some decisions to make. It’s Day Three – and it’s a long haul – but it’s worth it, we promise. Let’s make it count!

Check out the full schedule for Saturday at Kazoo! Fest 2022 and get your advance tickets here. 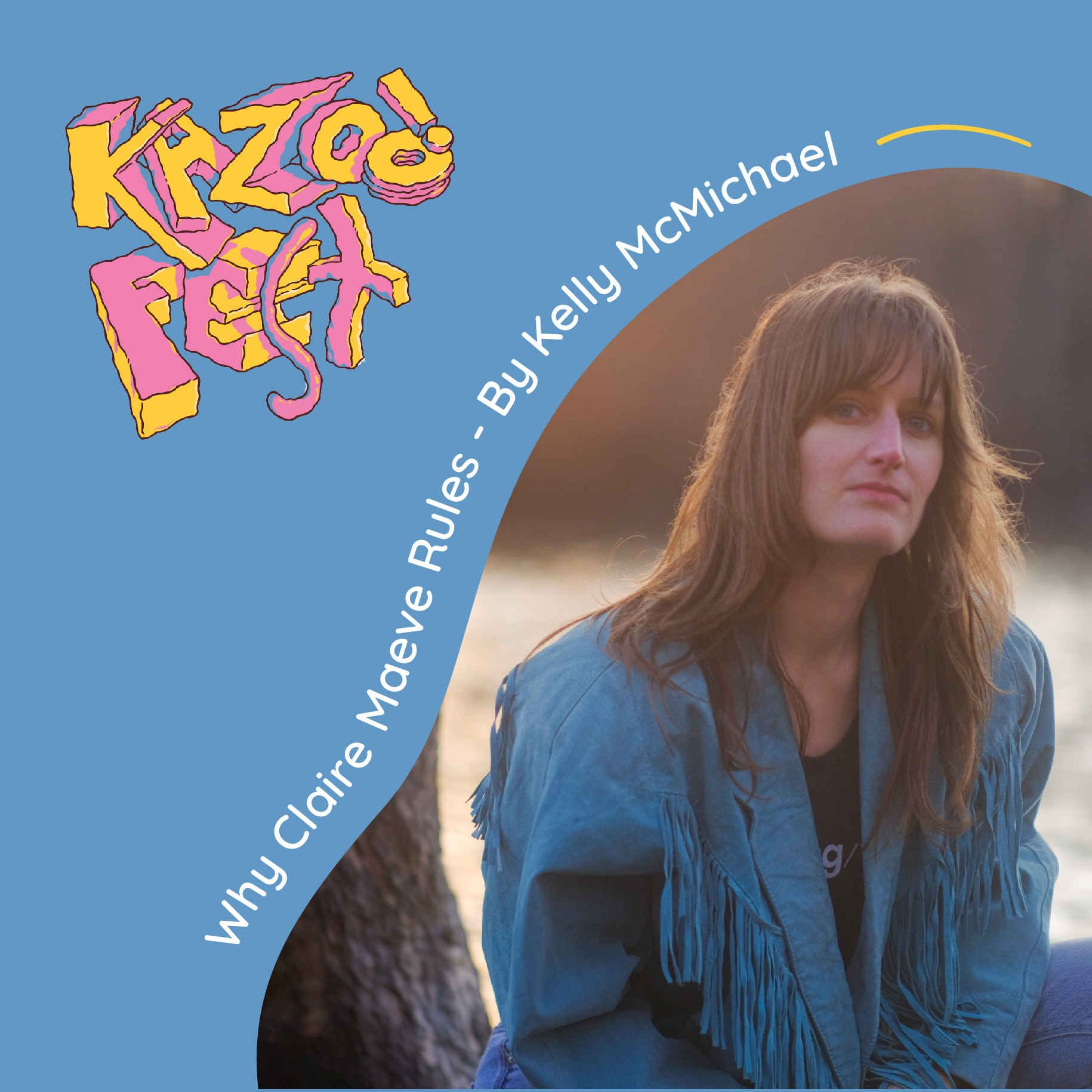 Why Claire Maeve Rules – By Kelly McMichaelKazoo! Fest 2022, Why This Rules