Why JOYFULTALK Rules by Paul Henderson 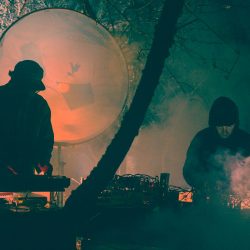 My friend Bertholet is a retired CBC radio producer living on the craggy coast outside of Sackville, New Brunswick. Bertholet is an incredibly talented maker and tinkerer driven by an intense curiosity and sense of wonder for both the natural world and the built environment that surrounds us. Of the many peculiar creations nestled around his home and property, a favourite of mine is an old reel-to-reel recorder he rescued from the Radio-Canada dumpster in Moncton. In one of the institution’s technological purges, the CBC bureaucracy ordered employees to destroy the motherboards on these ‘obsolete’ machines before tossing them, rendering them useless to would-be scavengers. Despite the digital brain having been bludgeoned by a screwdriver, Bertholet took the recorder home, still seeing value in the finely engineered mechanics that made up the bulk of the machine. The modified apparatus now rests on its side in Bertholet’s shop, the tape loops and reels have been replaced by a series of belts, and what was a high-fidelity precision tape recorder is now a relatively simple, fully functioning belt sander.

JOYFULTALK is a lot like Bertholet: improvisational, technically adept, rambunctiously playful and anti-authoritarian. Operating out of Crousetown, Nova Scotia, Jay Crocker and Shawn Dicey are versions of Bertholet at forty-something instead of eighty-something, practising a different kind of alchemy in another seaside location that smells of solder and woodsmoke. Skilled and versatile as musicians, together they make a weird kind of instrumental music with analog synths, old drum machines and a variety of repurposed noisemakers.

I think JOYFULTALK is rad because their music actually sounds like now. It sounds like I’m bug-eyed and anxious from looking at a broken screen too long. It sounds like it works because someone opened it up to see what was wrong instead of throwing it out. It sounds like the world is ending and make no mistake, your life is an apocalypse. Thankfully, they’ve made this beautifully textured soundtrack for us to sit back and watch the tide roll in.

Paul Henderson is an artist, video maker and graphic designer based in Toronto.  He is also the co-founder and former Creative Director of Sappyfest and Thunder & Lightning Ideas Ltd. 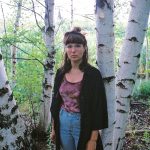 Why Gianna Lauren Rules by Penelope StevensKazoo Fest! 2019, Why This Rules 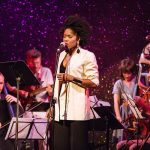 Why Queer Songbook Orchestra Rules by Geordie GordonKazoo Fest! 2019, Why This Rules