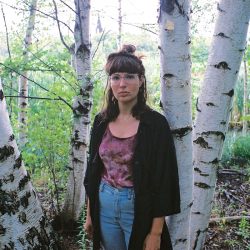 As an artist, one of the weirdest parts of this life is how often you meet your heroes and eventually learn to call them friends. Just think for a second about all the times you have idolized someone that you now hang with, play with, collaborate with, etc. How bizarre! Gianna Lauren is one of those people for me – having seen her perform many times, inviting her to play our festival (RIP Shifty Bits), and still spending years too nervous to have a conversation with her. Gianna’s power as a performer is mirrored by her power as a human being – gentle and sharp, swift and surprising. I’m happy to now consider her a fellow comrade in the bleak battle against the capital I ‘Industry’, vision-sharer, co-conspirator and friend.

I first saw Gianna perform nearly ten years ago in a small church in rural New Brunswick. Most details escape me now – like, I don’t even remember why I was there??? but I’ll never forget how quiet it was. She was performing solo and any rustle, cough, or wiggle drowned her out, so the audience remained completely frozen in their seats. It was captivating to be held captive by something so soft. I didn’t understand then, why she didn’t simply ‘speak up’. Every choir lesson from my childhood was screaming from my insides – “Project your voice!” – but I think, now, that Gianna knew exactly what she was getting us into. She was barely audible so that we could hear our own hearts beat, our own hairs grow, our own hearts open. She was exercising her control on both mind and body, writing simple mantras on our insides. Sneaky stuff!

“Take it slow. One step at a time. Slow it down. Even slower now”. Gianna’s delicate compositions are a gentle protest, a reminder that softness and strength are not mutually exclusive. Her power lies not in volume, not in audacity of tone, but in her ability to animate the most stagnant parts of us, the parts that you didn’t know were still there, still tender. And sometimes it really hurts! She might make you cry, so be careful! 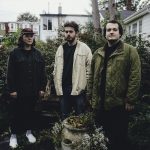 Why Property Rules by Chrissy DicksKazoo Fest! 2019, Why This Rules 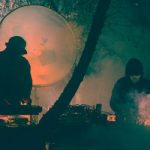 Why JOYFULTALK Rules by Paul HendersonKazoo Fest! 2019, Why This Rules