We made it! We’re so happy to be starting Kazoo! Fest 2018 and bringing some of the best and most daring artists in Canada to Guelph for 5 days of mindblowing, genre-defying, and all round impressive music, visual art, performance art, dance, and much more! Thanks so much for your support in the lead-up to the festival, and we look forward to seeing you around downtown today until Sunday. 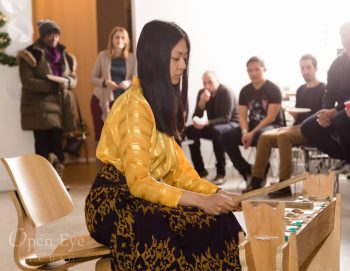 We kick things off at Kazoo! HQ (127 Woolwich Street) at 8PM with two performances that will melt minds and and flip wigs. Guelph’s experimental music demigod Ben Grossman is starting the night by showcasing his sound installation, which stretches across the entire space (which is huge). Is it a hurdy gurdy? Is it a new instrument that the world has not yet even heard of? Be there to find out.

Following Ben Grossman’s performance we will be treated to one of our favourite parts of the festival, the premiere of a performance that was supported by the Kazoo! Fest and Ed Video Look Hear microgrant. Luyos MC  (MaryCarl Guiao) dazzled last year with their opening performance at Silence, and this year they are back, having teamed up with visuals master Karl Skene to create a multimedia project entitled “We Who Dare”. Music is played on traditional kulintang gongs from the southern Philippines are combined with poetry, illustrations, video, and traditional dress to create an experience where Indigenous Philipinx identities and truth bearers can be felt and heard. 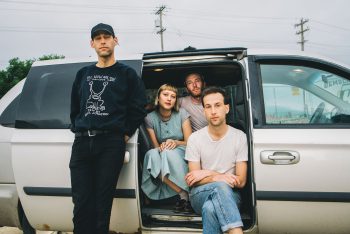 Following “We Who Dare” head on over to the eBar to catch up-and-coming locals No Boys, who will kick off the music portion of the fest with their endearing and infectious indie rock. Following No Boys, we are pleased to bring one of Canada’s finest (not an exaggeration) to the stage, with Mauno from Halifax ready to bring the house down on a Wednesday night in Guelph.

After that, go to sleep! Rest up! There’s a ton more coming your way.