We hope you enjoyed the wonder and beauty that was Wednesday night and the ram-jammed hit factory that was Thursday night, but Friday is when you really have to start planning carefully. 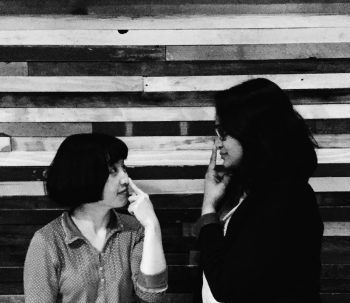 We start off easy enough with two of the Guelph areas best and brightest: Nicolette & The Nobodies with Rich Burnett. Starting at 4PM, get your country and folk fill at Planet Bean, bring the kids, and bliss out / get down to some really great homegrown music. If you’re looking for something a bit heavier, head on up the street to Take Time Vintage for the slacker rock stylings of Sackville’s Kurt Inder and local shoegrunge group EDDYEVVY.

Things get a bit trickier as the night goes on. At the beautiful Heritage Hall (83 Essex St), we have Toronto’s Nicole Rampersaud and Germaine Liu starting off the night proper with experimental jazz vibes that will challenge and amaze, followed by Montreal’s Platitudes, with an experimental electro skronk set, featuring dazzling visuals and otherwordly feelings. Closing out the night at Heritage Hall, Joseph Shabason and co. (feat. Bernice’s Thom Gill, Phil Melanson and Bram Gielen, and Nicole Rampersaud) will play new tracks and huge cuts from 2017’s critically acclaimed and goofily named Aytche. 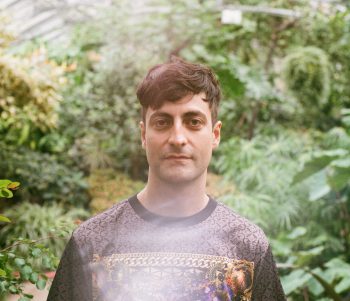 Just up the block from Heritage Hall is Silence (43 Essex Street),  which will feature two of our favourite acts from Toronto. First up at 8:30 PM is MAS AYA, the project of percussion wunderkind and Not The Wind not The Flag Member Brandon Valdivia brings together free jazz, afrobeat and tropicalia, spinning it in its own distinct way. Following Mas Aya is the incredible Castle If. Creating “retro-futuristic, cosmic exotica,” Castle If showcases mellow synths, experimental song structures, and a mastery of mind expanding mellowness.

Now things start to get really difficult, as you’ll have to make some tough choices. Guelph’s hometown psych-visual instrumental rulers Versa are releasing their first full length album overat Kazoo! HQ (123 Woolwich Street) at 9PM, followed by BUDI, the project of multi-instrumentalist Nick Dourada, which will be playing as a 7 piece experimental R&B Funk extravaganza, featuring some of the best musicians at the festival.

One of the highlights of this year’s Kazoo! Fest is our first ever curatorial partnership with Revolutions Per Minute, whose “mission is to build a visionary community of Indigenous artists and to introduce Indigenous music to new audiences.” Kicking off the night at 9:30 at 10C Shared Space (42 Carden Street) is a Kazoo! Favourite, Ziibiwan, who will blow all minds with his “deeply hypnotic spaces where land, sky, and deep sea meet.” Following this will be Silla+Rise, from Nunavut and Ottawa – an incredible mix of throat singing and electronic dance music that is unlike anything we’ve ever heard. Closing out the night will be Winnipeg’s Boogey the Beat, one of the foremost DJs and beatmakers in the country.

Over at the eBar we have a perfect show that blends hip hop with experimental R&B and Jazz (what could be better?). Hamilton noise jazz weirdos Eschaton will be kicking things off, and Toronto’s musical royalty Witch Prophet is following it up with a set of mind-expanding, soul quenching R&B. 2018 Juno hip hop nominee (for self-released Lil Mont from the Ave) Clairmont the Second is closing out the night at eBar with perfect hip hop anthems. 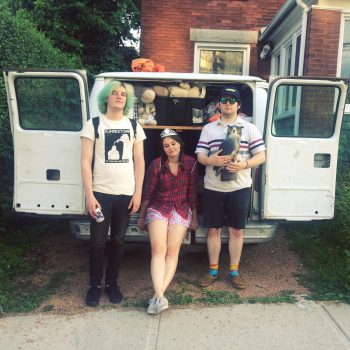 If scrappy punk and power pop is more your thing, ANAF will be delivering in full with Montreal’s Prime Junk kicking off the night at 10:15, with a set full of anthemic indie bangers. Toronto’sTough Age is up next, and these guys are tour tight, packed with hooks, and one of the best power pop post punk bands in the country. Closing out the ANAF will be Fest Faves and local darlings Ten Boy Summer! Get there early, stay late, and no hats please.