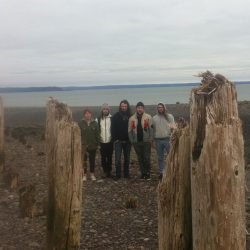 Society has been experiencing a bit of a seismic shift over the past few years. We’re starting to realize shit’s fucked and there’s no excuse left to be complacent. Cause if you’re comfortable, then you’re probably part of the problem. For some of us, it’s been a new process of learning and unlearning, teaching and holding each other accountable, but fortunately there are those who’ve been at it much longer that we can look to and learn from. Enter WHOOP-Szo.

Since their debut in 2009, they’ve always approached their art as a way to heal. With Sturgeon’s Indigenous background and the band’s aim to connect with Indigenous communities all across North America, marginalized voices are always situated at the centre of what they do, even if how they do it has changed. It’s an amazing thing thing to go through WHOOP-Szo’s discography and witness their progression from the dreamy psych-folk of nearly a decade ago, to the sludgy, fuzzed out, loud-as-hell band they are today.

WHOOP-Szo is a band that commands the room. They’re not the kind of band you can talk through at the back of the bar. They have a lot to say and they want you to hear it, so when you’re at one of their shows, you’re going to listen. They’re not afraid to challenge you and make you feel uncomfortable, and that’s what good, socially-conscious art should be doing. Cause it’s only when we’re uncomfortable that we’re willing to change.

There’s a transformative process that happens when you listen to WHOOP-Szo’s music. The places they’ve visited help shape much of the music they write, and their shifting melodies evoke the natural landscapes in which they were written, one moment calm and pensive, and the next, crescendoing into a cacophonous furor. Their music is bigger than the spaces they’re performed in, and we’re transported with the band right to the source of where their stories are from. They bridge the gap between the communities listening to their music and the communities informing their music, demonstrating that the “us” and “them” distinction doesn’t really exist. We’re all in this together, and if one of us is hurting, then we’re all hurting.

We need bands like WHOOP-Szo now more than ever. They inspire self-reflection while generously sharing what they’ve learned to create fertile new grounds for cultural understanding and healing. I can’t imagine a band more suited to playing a community music festival than one who always keeps community at the heart of all they do.

Andrea Patehviri is the Marketing & Outreach Coordinator at CFRU 93.3 FM as well as a Kazoo! Fest board member and part of the year-round and festival programming committee. 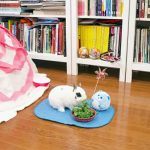 Why Ken Ogawa Rules by Clara VeniceWhy This Rules 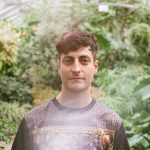 Why MAS AYA Rules by Nick DouradoWhy This Rules