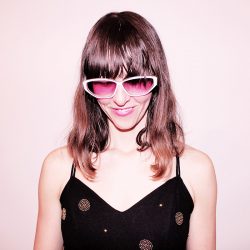 The first time I saw Jennifer Castle play was very beautifully arranged — I was lucky. It was in the backyard of then-Weird Canada heads, Marie and Aaron, and they had a rope swing, some great trees and a nice porch which Jennifer sat on to play for a handful of fortunate audience members. It was shortly after Castlemusic came out and I hadn’t heard anyone sing & play like her before. It made me think of a lot other artists, all canon, but with a rhyme and pace unique to her. I won’t try too hard to describe it, since I’d probably do it poorly but I can say that it was soft and direct, fast-approaching and meandering at the same time. It drew us in and felt like an unexpected gift we took pleasure in receiving. I must have been playing one of my first shows, opening for her, and I knew Weird Canada was doing me a solid.

Still now, when I put on a Jennifer Castle record, I feel like she’s giving me a gift. There’s some kind of surety in her delivery that I can take to the bank. I was anxious to hear Pink City and, when it was released, it caught me right in the middle of an Astral Weeks phase. It really hit the spot. The music was beautifully arranged, and the timing for me as well, as it hit me just like the first time I’d heard it Castlemusic. Another gift from Jennifer Castle.

A few days ago at work in the ol’ record shop, I sold her latest record and I chatted for a while with the customer buying it about all its many virtues. We were both psyched to learn that she’d been touring with Neko Case. Lucky everyone that stumbles into her performance at those shows.

Later, I was sitting at work and I had Pink City playing. Of course, everyone who heard it wanted to buy it but I had sold out the day before. I’m waiting on the restocks now. 😉

Jessica Jalbert writes and performs as Faith Healer as well as with her band, the Tee Tahs.

Advance tickets for this show are available HERE. 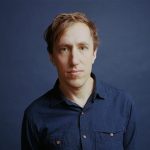 Why Steven Lambke Rules By Andrea StratisKazoo Fest! 2019, Why This Rules 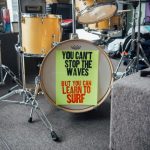 Why Independent Festivals Rule By Andrew PattersonKazoo Fest! 2019, Why This Rules