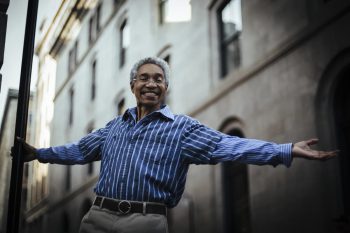 There was one show at Sappyfest that every musician I spoke to wanted to see.

Beverly Glenn-Copeland’s 1986 album Keyboard Fantasies had made the rounds on it’s reissue, though seemingly through some secret, nearly silent process. It was heard as something almost too precious to talk about. It was music to be held close and to be cherished. Many had dug deeper, into a rich and sprawling and musically ambitious catalog of “psyche-jazz-folk-electronic” music, the product of 70+ years of life and artistic creation and personal transformation.

“What is he going to do? What is he going to play?” In truth I didn’t know. We had spoken at length, long boisterous conversations about life, and life-stories, belief, music. I understood Glenn to be easing himself back on to the stage after some time away and was honoured that Sappyfest could be part of that process.

It was only once sitting in the darkened Vogue Cinema as Glenn and his musicians set-up and sound-checked in advance of the performance that I understood: “Oh, he’s going to do it all”. There was a generosity to the performance that afternoon that was as rare as it was overwhelming. And there was a deep and rare honesty. He sang spirituals, and he sang openly of the spirit. He drummed on African hand drums and electronic pads. He sang Onward And Upward. He revealed the mischievous tenderness that made him such a beloved entertainer for children (having appeared for years on the Mr. Dressup show). He addressed us directly as a trans person while celebrating a multiplicity of heritage, and acknowledged the reality of pain and struggle by telling us how encouraged he was by the young people of today.

And he sang, in an incomparable voice:

I wept through much of Glenn’s show, and after the show was over I wept for several minutes in the alley behind the cinema. Then, slowly, I put myself back together, under a clear summer sky, but the pieces were all different and they fit together in different ways. We are ever new.

I was thrilled to learn that Beverly Glenn Copeland has begun collaborating with some of the finest and most creative young musicians working today. Nick Dourado, Jeremy Costello, Thom Gill, Bianca Palmer, and Kurt Inder will be accompanying Glenn as Indigo Rising at Kazoo Fest on Saturday April 14th at Dublin Street United Church.

Steve Lambke is the Creative Director of Sappyfest in Sackville, NB. He is also runs You’ve Changed Records and is a musician, writing and performing material under his own name and as a member of The Constantines.

Tickets for this performance are available HERE. 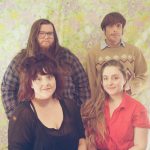 Why Dorothea Paas Rules by James GoddardWhy This Rules 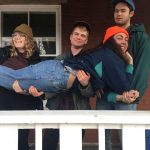 Why No Boys Rule by Will WellingtonWhy This Rules