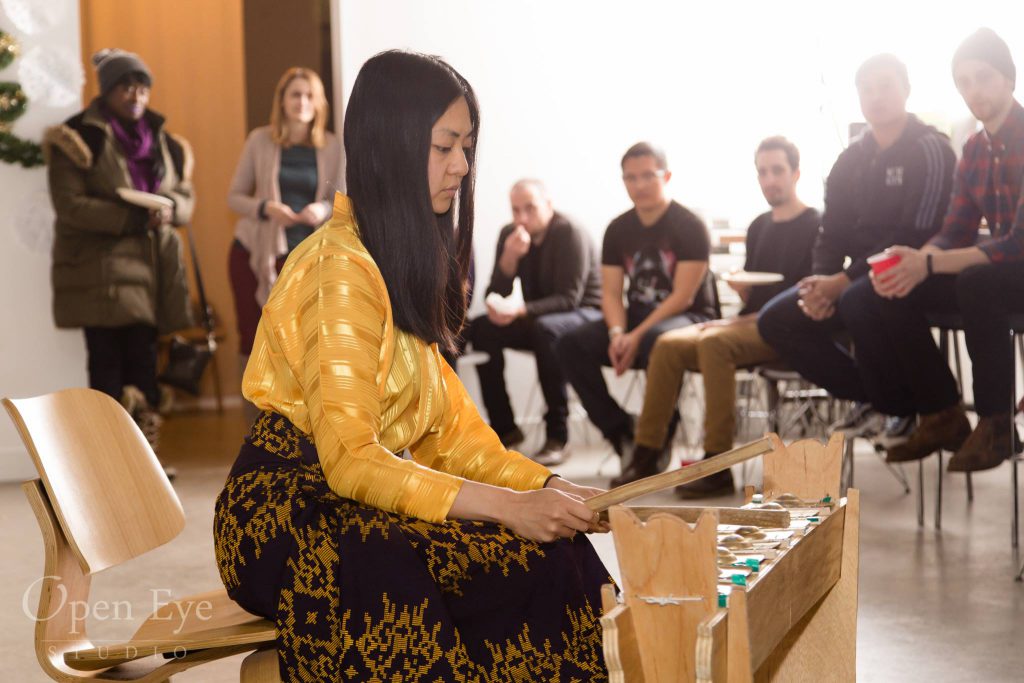 Kazoo! Fest and Ed Video are thrilled to announce this year’s winner of the 2018 ‘Look Hear’ commissioning project, to be premiered in April, 2018 at Kazoo! Fest:

‘We Who Dare’ is a new multimedia performance by Luyos MC (MaryCarl Guiao) and Karl Skene. Music played on traditional kulintang gongs from the southern Philippines are combined with poetry, illustrations, video, and traditional dress to create an experience where Indigenous Pilipinx identities and truth bearers can be felt and heard.

‘We Who Dare’ tells the story of Boi Beting, an elder and tribal leader from the southern Philippines currently seeking refugee status in Canada, and her lifelong battle to protect the land and local communities at the foot of Mount Apo, the highest peak in the Philippines.

Thanks to Ed Video Media Arts Centre for making this possible.