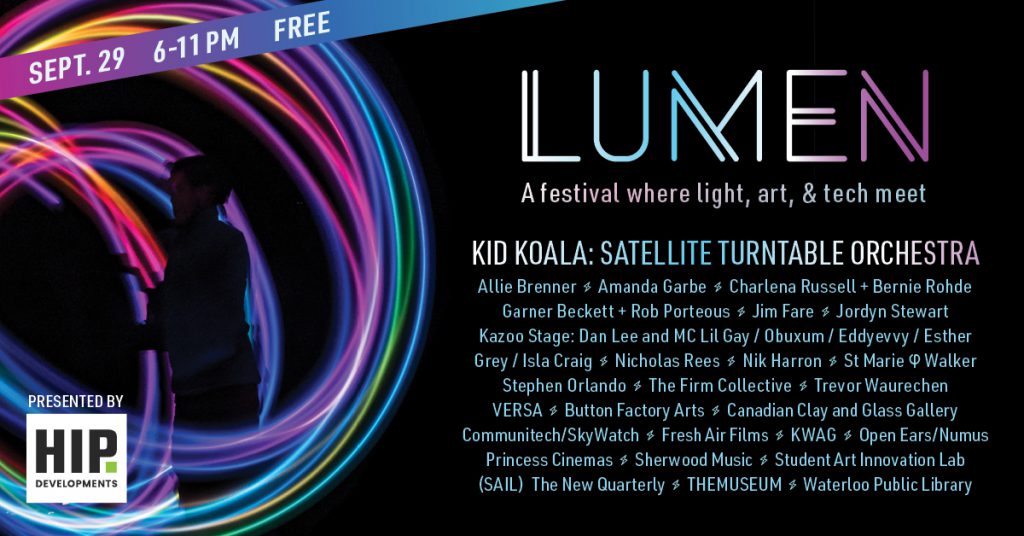 Kazoo! have teamed up with Lumen to bring a genre-defying lineup of artists to Waterloo. As part of Lumen Festival, get ready for a lineup including avant-jazz, electro-experimentalism, post-punk, and instrumental hip hop. Unfurl your freak flag and let’s get weird in Waterloo!

Eddyevvy (7pm)
Waterloo has birthed a monster. Originating in 2016 as a duo consisting of Micaela Loreto and Mitchell Hartung, EDDYEVVY has since fleshed out into a 4-piece with the addition of Jae Holdsworth and Eric Repke. Recalling early ‘90s bands like Slowdive, Sonic Youth and My Bloody Valentine, Eddyevvy plays music that thoughtfully blends the noisey with the melodic.

Isla Craig (8pm)
Isla Craig is a multi-dimensional vocalist and songwriter living and working in Toronto, ON. With pointed attention towards vocal delivery and melodic play, her music is underpinned by languid psyche blues rhythms and arrangements that tumble into trance states. In addition to her work as a solo artist, she is an active collaborator in the Toronto music scene, currently performing with Jennifer Castle, IC/JC/VC, and the Cosmic Range.

OBUXUM (9pm)
OBUXUM is a Toronto based Somali-Canadian producer and beat maker, whose lush and characteristic sound celebrates story telling. She has made her presence known with notable festival performances at Wavelength Festival, Kazoo! Fest, Electric Eclectics, and Venus Fest. NOW Magazine also recently included her in their list of Toronto electronic musicians to watch in 2018.

Saturday September 29th @ Uptown Waterloo, ON
This event is free and open to the public. The outdoor venue will be physically accessible and open to people of all ages.